I bought a second hand M-DAC to have a well-known commercial reference in terms of measurements and sound. Obviously I needed to open it and see what’s inside. This is not a detailed reverse-engineering report but a glance inside with plenty of photos. Measurements are coming later.

Audiolab M-DAC is one of those DACs that caused a lot of buzz among hifi crowds when it was released in 2011. It was highly praised in its price category of around £600 and won awards by What Hi-Fi, Hi-Fi Choice, and EISA. Moreover, at the moment it can be bought new for £470 at Richer Sounds – I got my second hand unit even a lot cheaper off eBay. Anyway, M-DAC is clearly a good reference as it is highly acclaimed in the industry.

M-DAC was designed by John Westlake, a well-known audio designer who has designed electronics for Cambridge Audio, Audiolab, Quad, Pro-Ject, and Creek. I have not been following the threads in Pinkfish media forum where Mr. Westlake has been active but what I understood, he designed the original M-DAC slightly different and obviously more expensive to manufacture, and Audiolab have been understandably cut the corners a bit. Therefore, the more expensive successor M-DAC+ was released few years later. And after that Westlake has been working on his crowdfunded projects.

Something worth mentioning is that John Westlake kept upgrading the firmware of the M-DAC under his own name, or his own company West Lake Audio, after he was not working with Audiolab anymore. There is an M-DAC Wiki page where you can find some information and all the released firmware versions.

Long story short(er), you can find all information on M-DAC online when you just google it. This teardown is not an extensive reverse-engineering or analysis but more like a glimpse what’s inside with lots of photos. After all, an audio engineer is very interested in seeing inside a successful commercial product.

After the case is removed, a pretty busy and large PCB is revealed.  The vertical PCB to the left contains some main power supply components. Front panel PCB has been removed and is shown at the end. 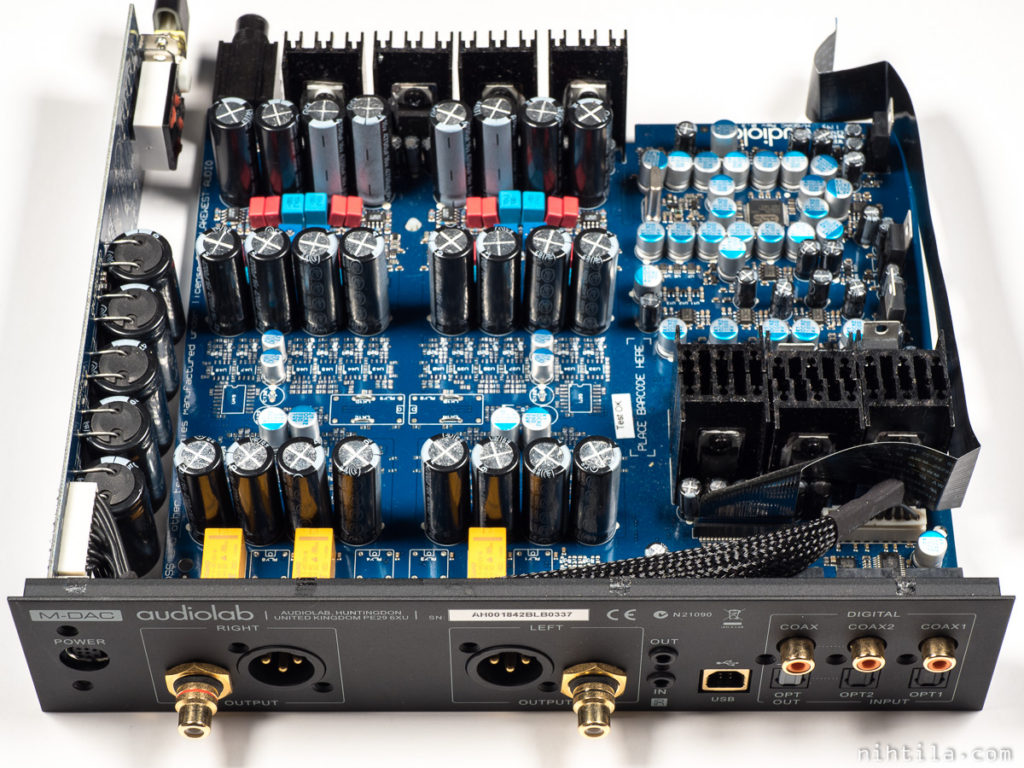 The photo below is uploaded in high resolution so can be zoomed in more. 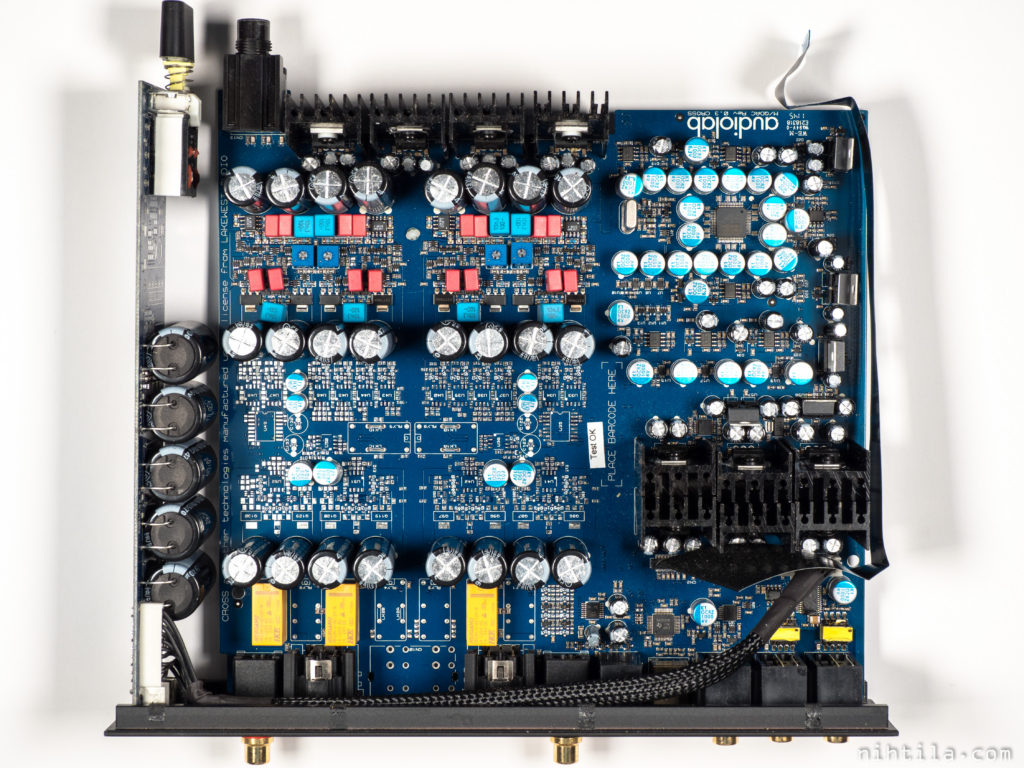 Below is the same photo with some key parts identified. The first impressions were: 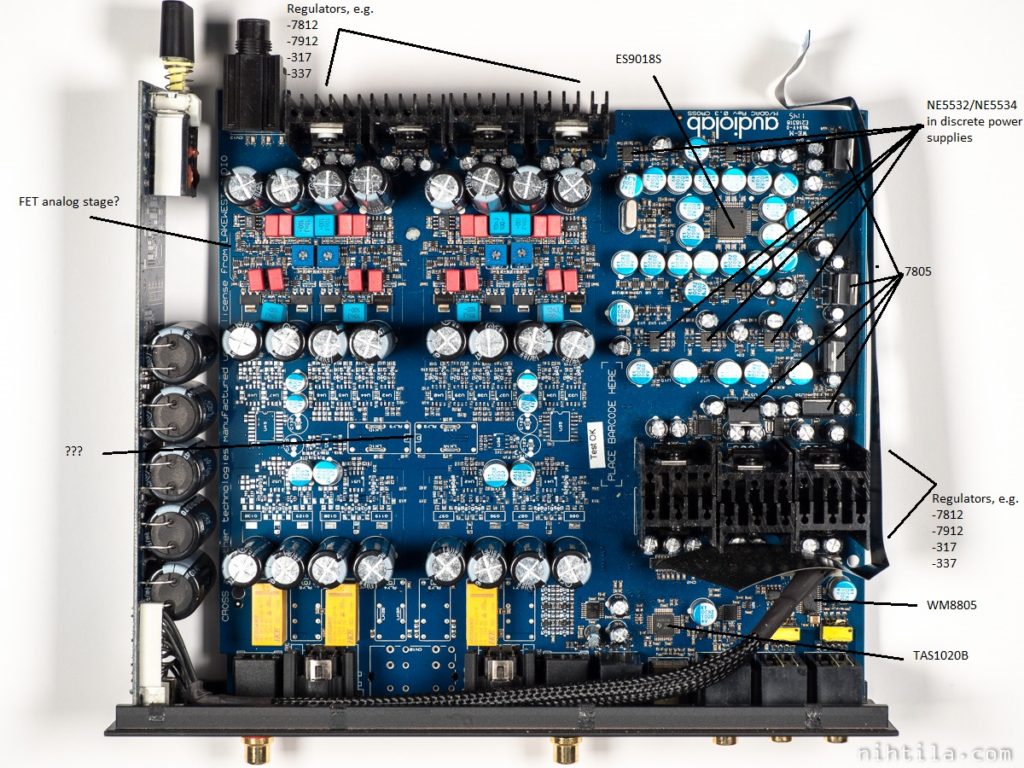 The design philosophy is clearly to engineer an excellent implementation using basic components. And use loads of capacitance everywhere; there must be capacitance worth some decent sized power amplifier. But I like that. No exotics. And based on my initial listening tests this actually sounds really pleasant; although I do not consider myself as ultimate golden-ear. But there is definitely something in this I do not have in my own designs – yet. But that is not really a surprise considering John Westlake’s track record. I need to study this more…

Just a note that you can find some versions of the schematics when you just type it in Google, lacking the analog stage though. And that part probably have a lot to do with the sound quality of this thing. We can see that the components there differ from the rest; there are some different looking resistors, through-hole plastic capacitors, FETs, and trimmer resistors. 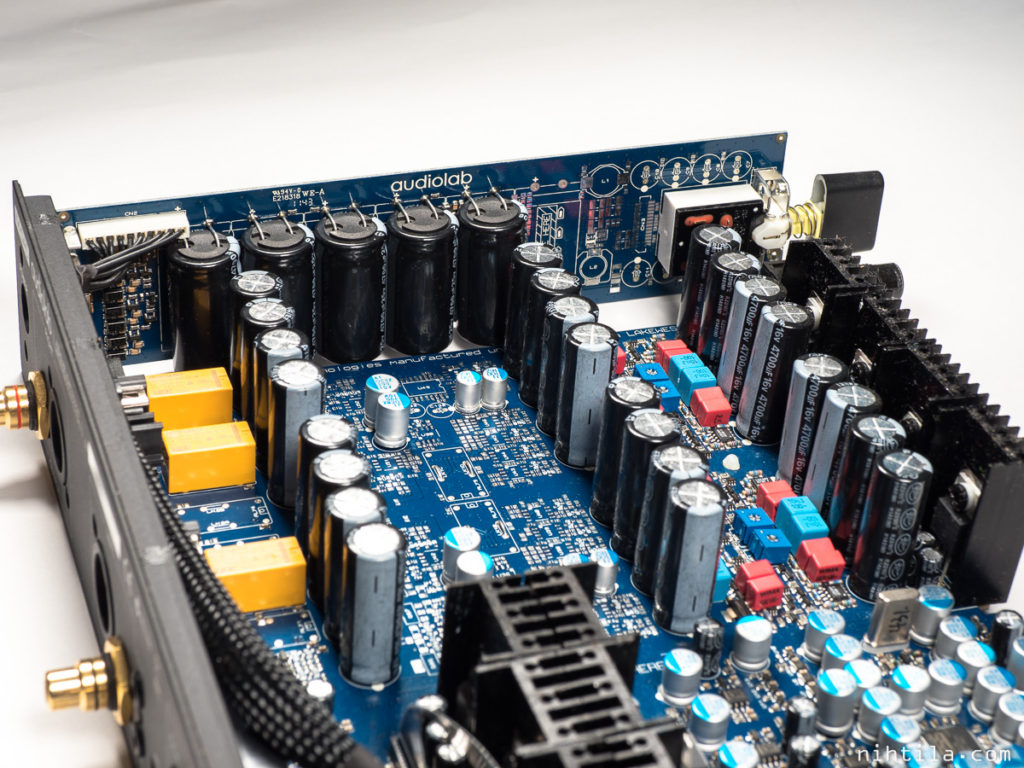 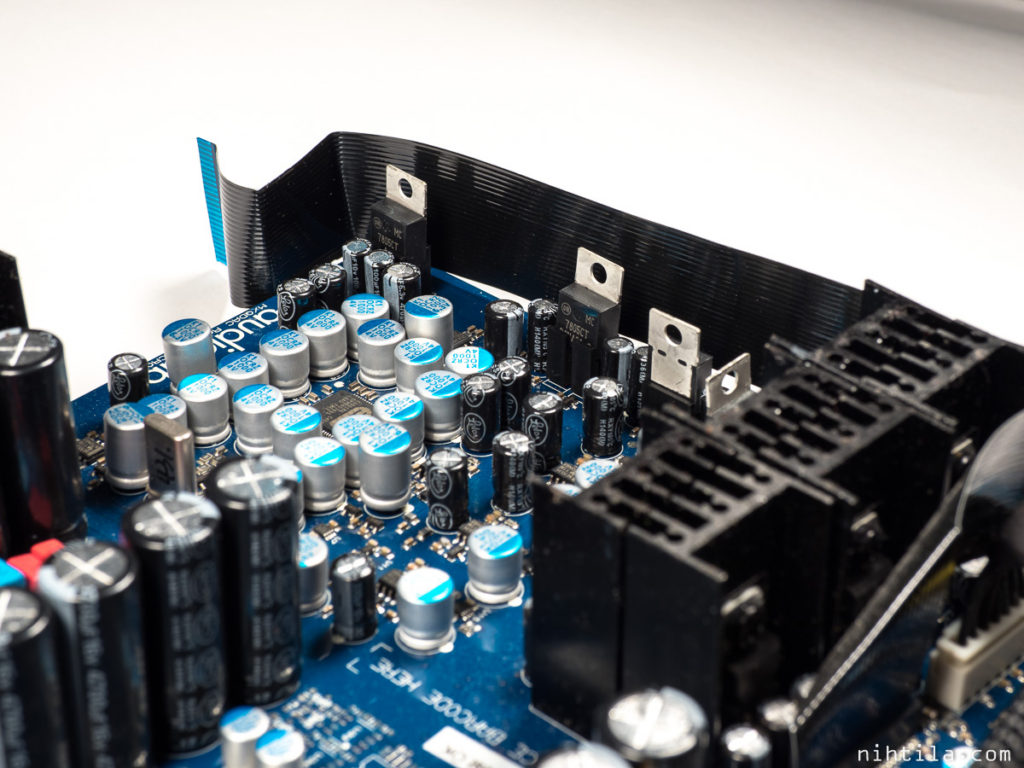 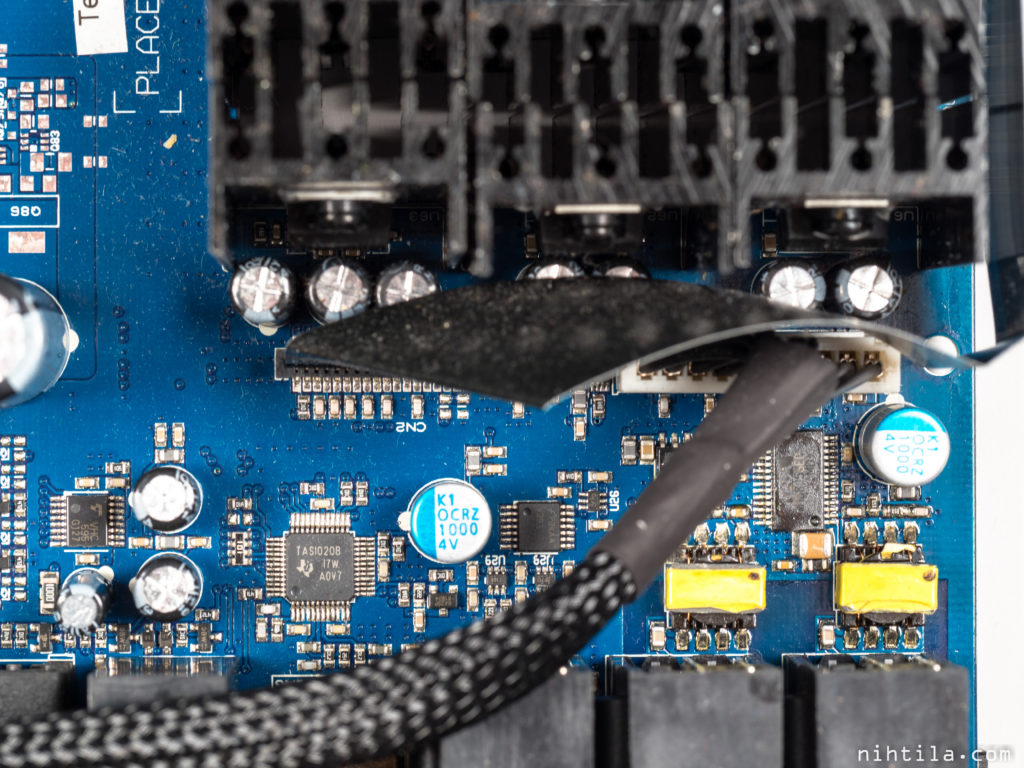 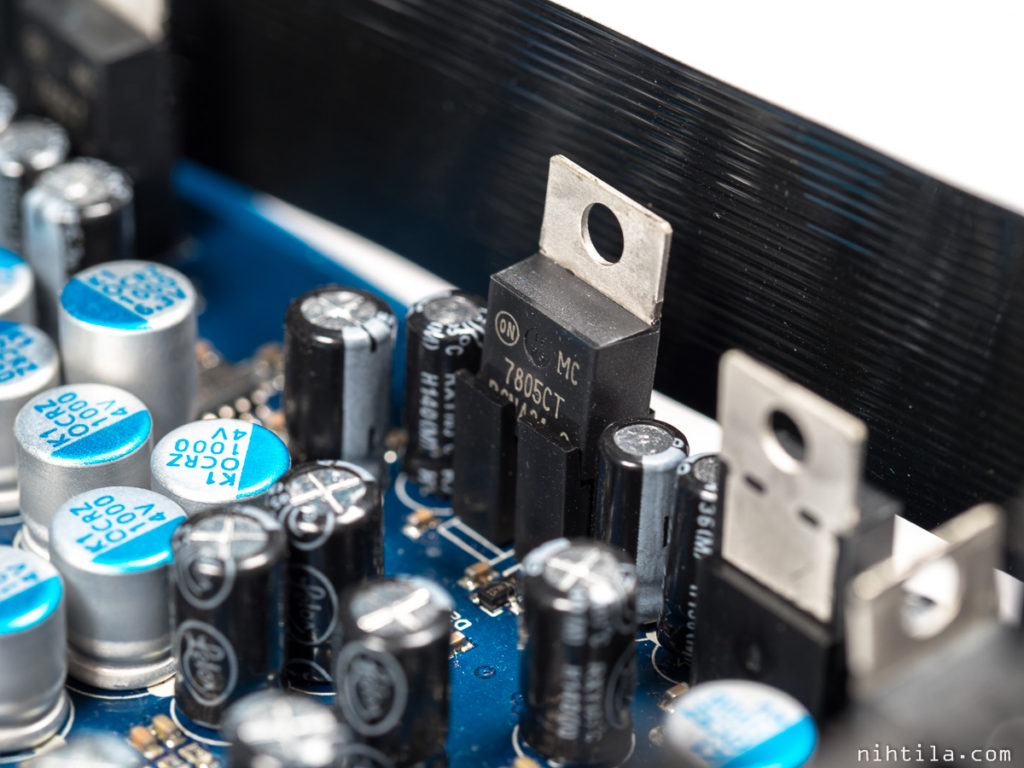 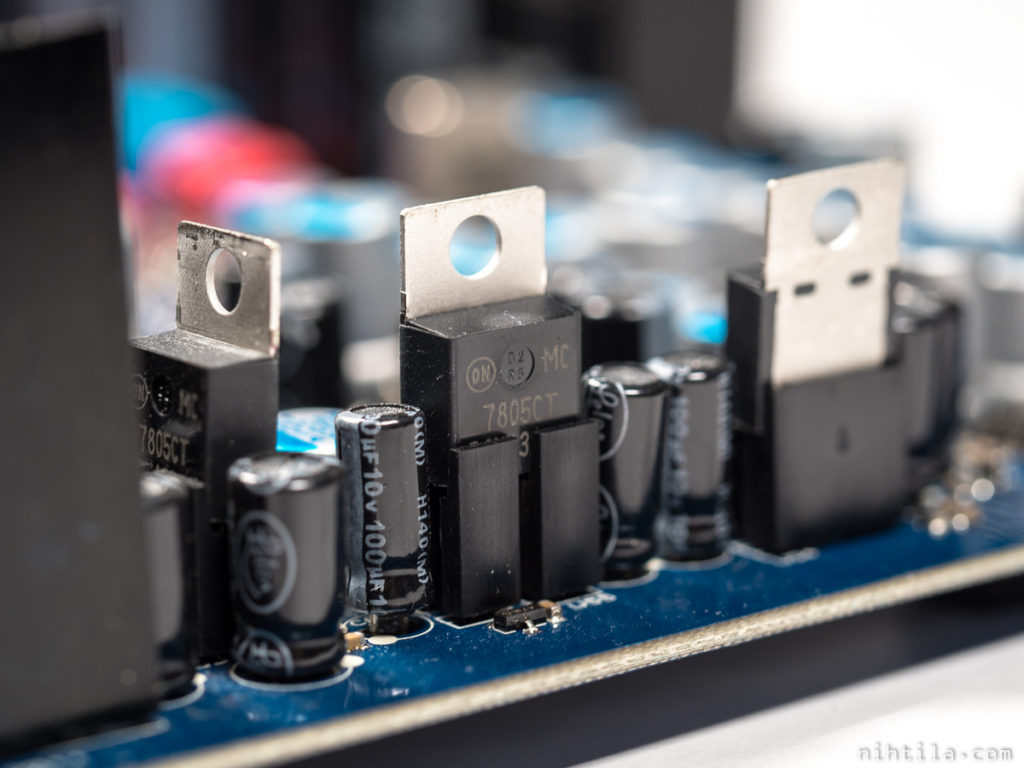 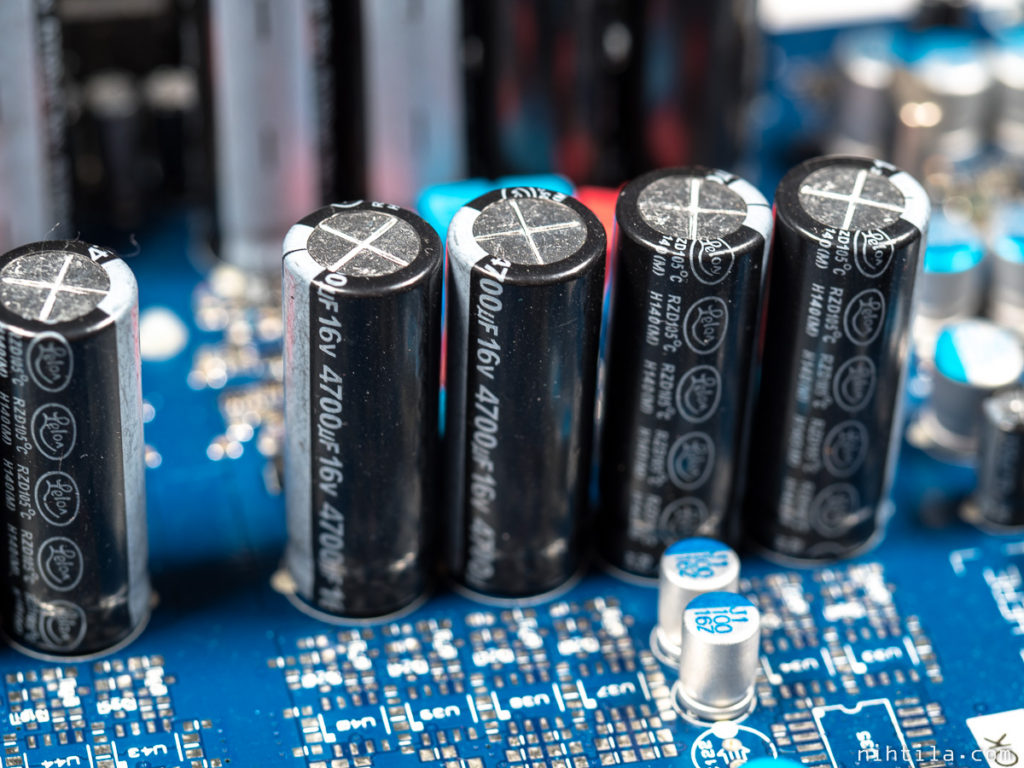 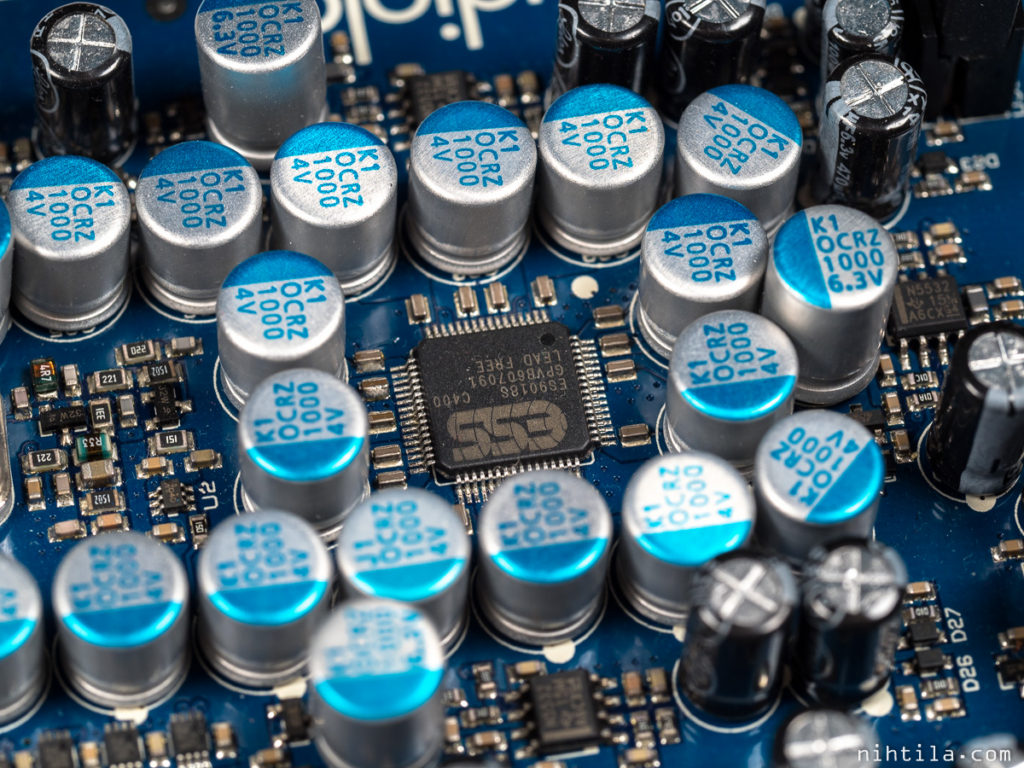 All these SMD caps around the ESS DAC are 1000 uF 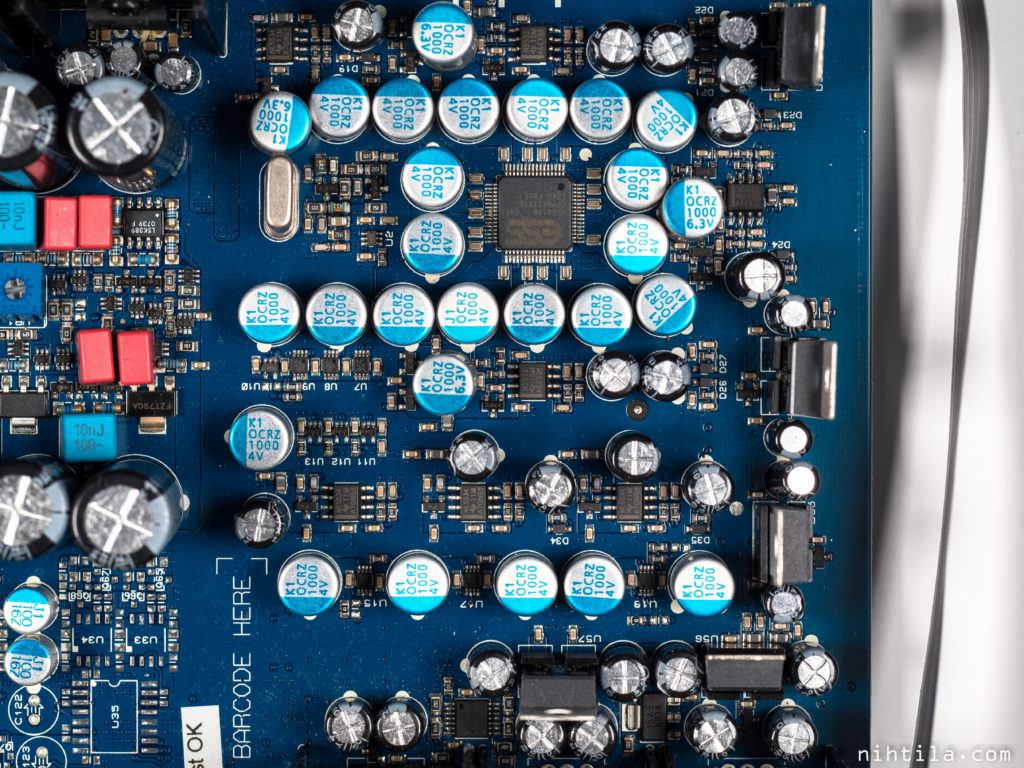 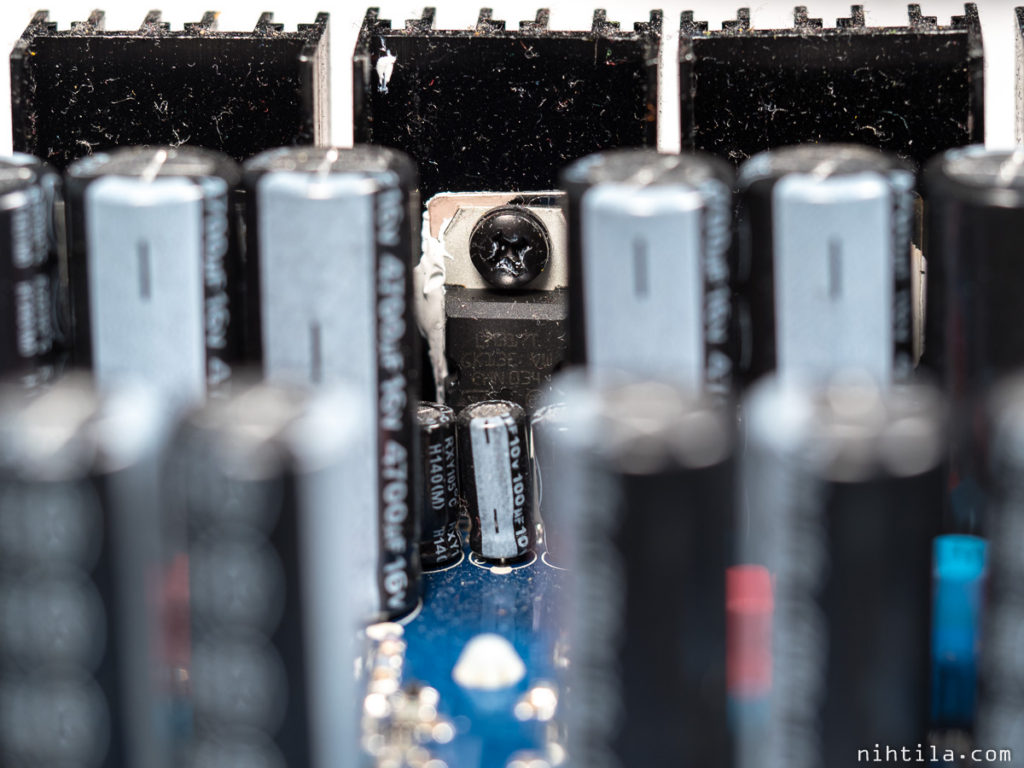 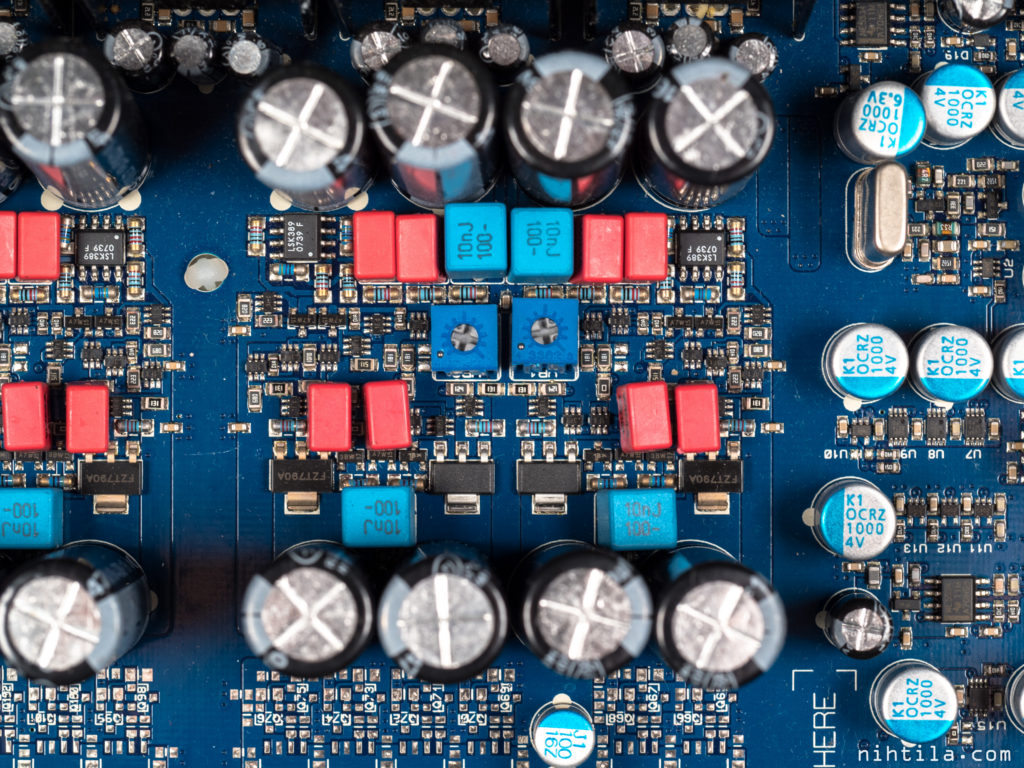 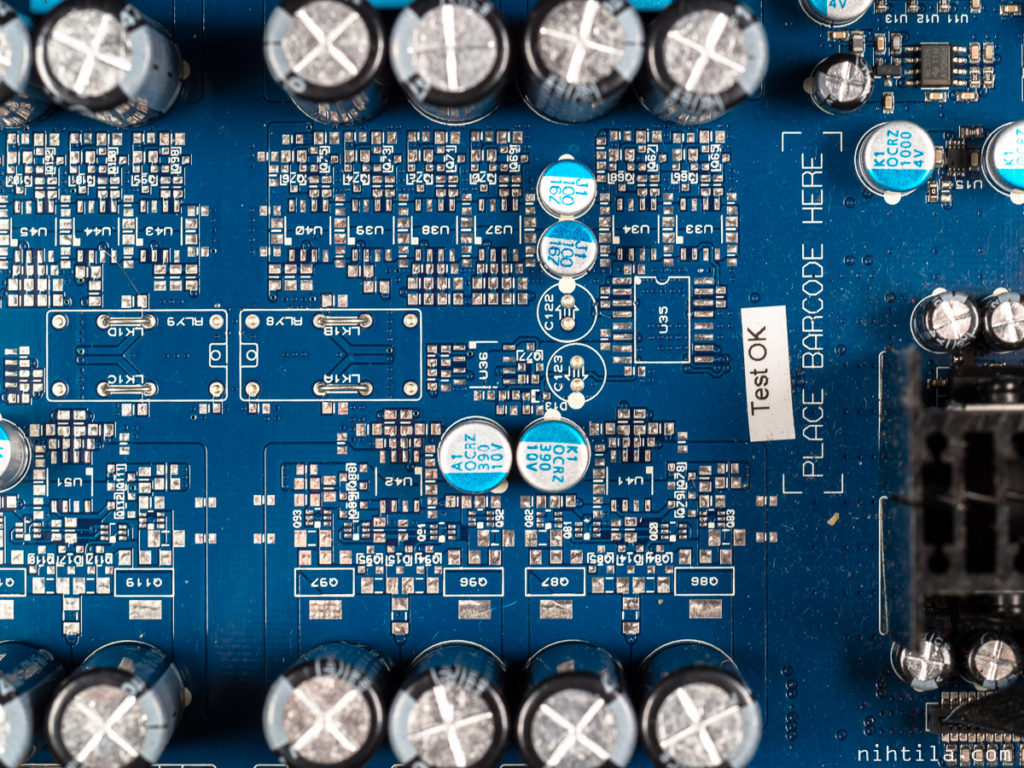 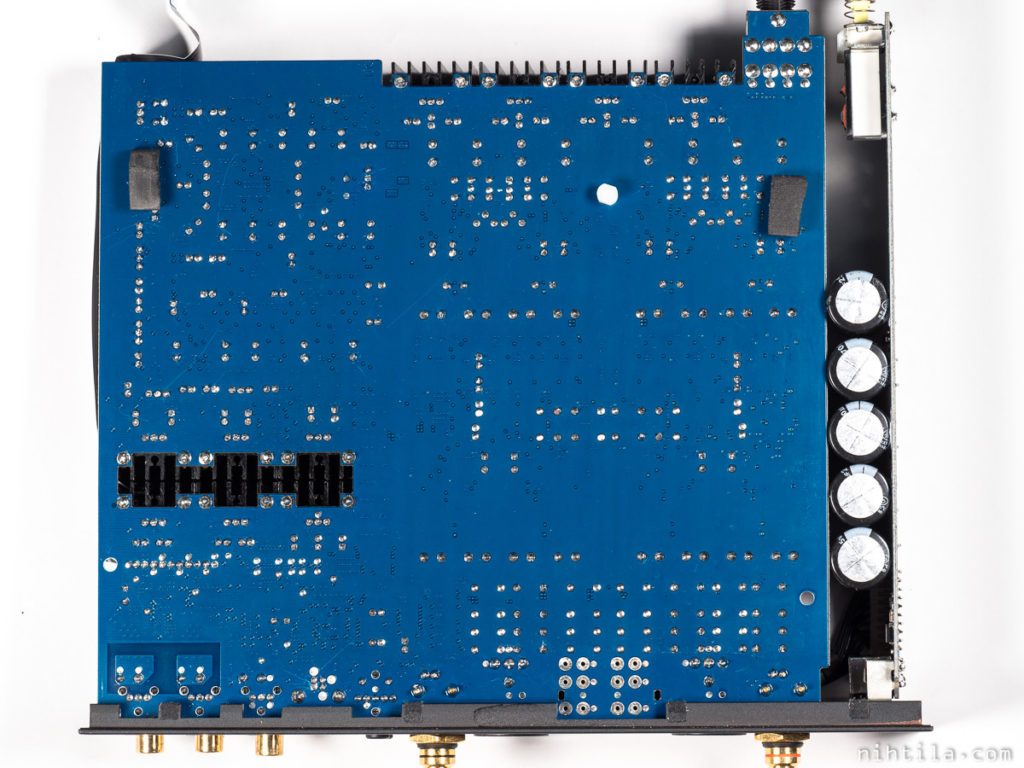 Below is the front panel PCB. There is a PIC24FJ64 but also WM8804 which is an S/PDIF transceiver. I have no idea what it is doing there. There can be some tricks going on from the USB input. Another thing with USB is that it is not only a digital input but also an interface to update the firmware. 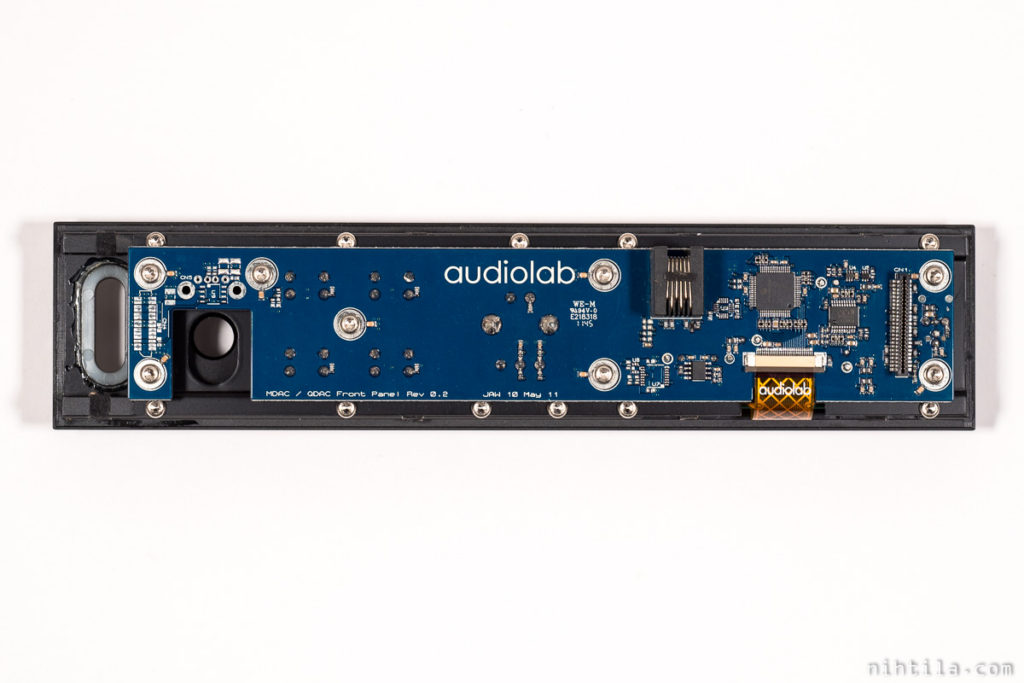 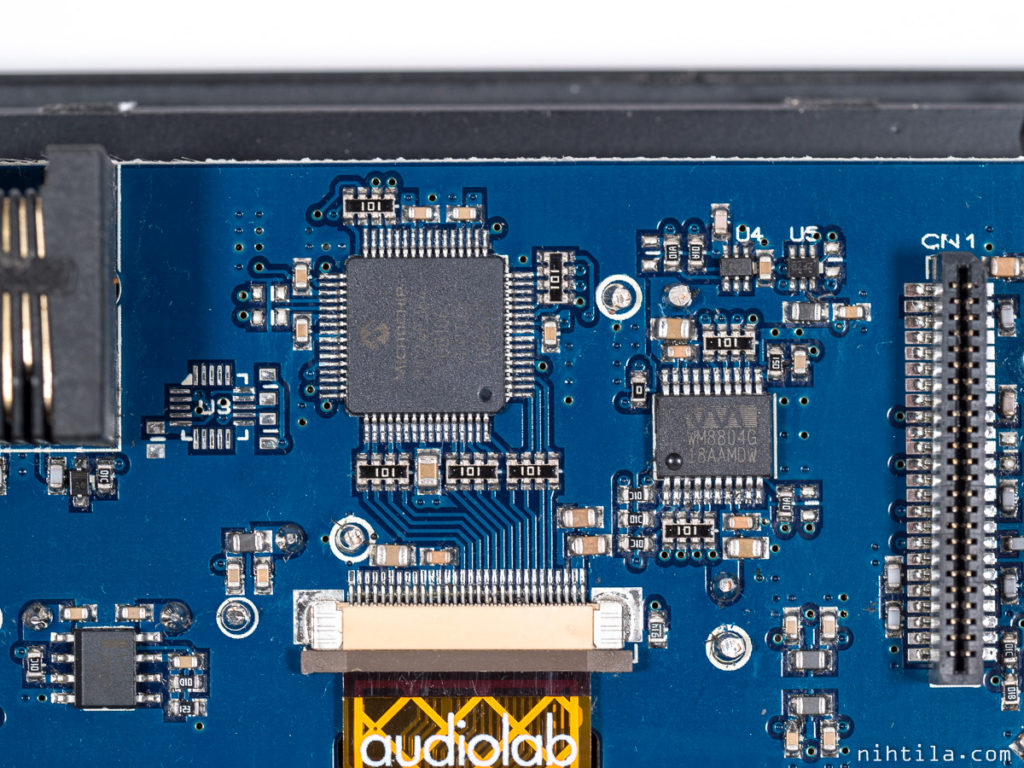 I’m looking forward to the measurements! Can you measure the beast with your AP?

Notification of this comment had gone to spam! But yes I will measure it with AP at some point at my work. Unfortunately I do not have my own 🙂

Those Lelon Capacitors are garbage. Exploded after 2.5 years of use. Seems that they replaced those with Nippon Chemicon.