I went to the Bristol Hifi Show on Friday, mostly focusing on headphones. This is not a collection of reviews but a few notes about the more interesting higher end headphones on the market.

The Bristol Show (previously Sound & Vision – The Bristol Show) took place this weekend at the Marriott City Centre hotel in Bristol and I paid a visit there on Friday. As always, there were plenty of products on display and if you want to carefully examine more of them, you need more than one day. Therefore, I mostly focused on headphones as that is the main focus of my system at home as well; besides my own electronics. Proper speaker hobby is not possible at the moment due to practical limitations.

In terms of headphones companies, I was slightly disappointed when looking at the exhibitor list. While Sennheiser, Focal, Audeze, Audio-Technica, Meze, Sony, and Klipsch were showcasing headphones, some famous players like AKG, Grado, Oppo, and Hifiman were absent. Nevertheless, I was still able to spend a couple of hours with headphones.

We thank Focal for their excellent headphones showcase! They had the whole range to listen to in a separate room: Elegia, Elear, Clear, Stellia, and Utopia. Stellia (RRP $3000) is their new reference level closed-back headphones, sitting between Clear ($1500) and Utopia ($4000). Even the beginner model Elegia has an RRP of $900 so these are not exactly budget headphones. I was not familiar with Focal headphones before so I enjoyed spending quite some time in that room. 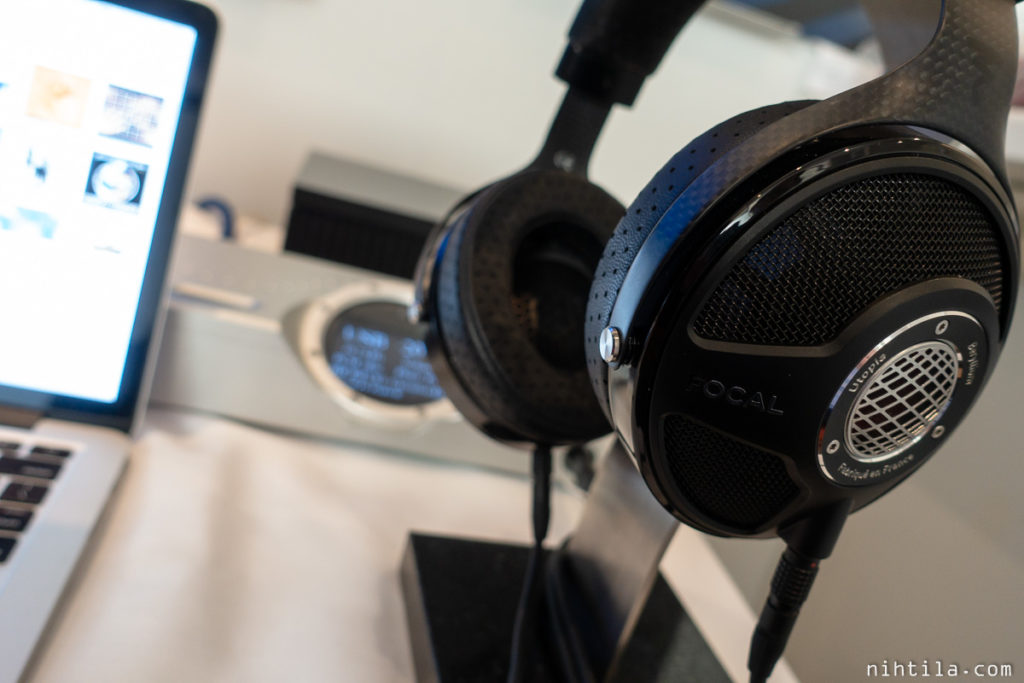 While Utopia was the star of the show and a level of reference on its own, Clear was a very interesting model as well. Utopia offers an amazing level of detail, transparency, and dynamics – and a dazzling prize tag. But Clear sounded superb as well for 2.5 times lower price; it will be an interesting comparison at a better time between Clear and Utopia. That is one model in my shortlist when a time comes to upgrade my Hifiman HE-560. 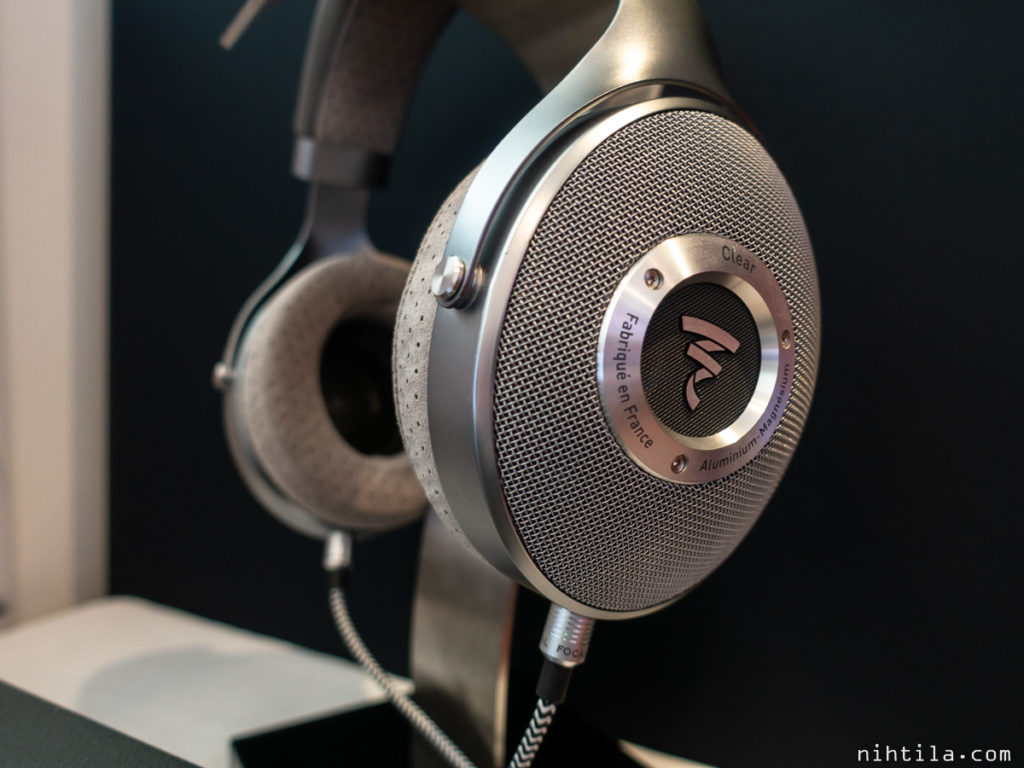 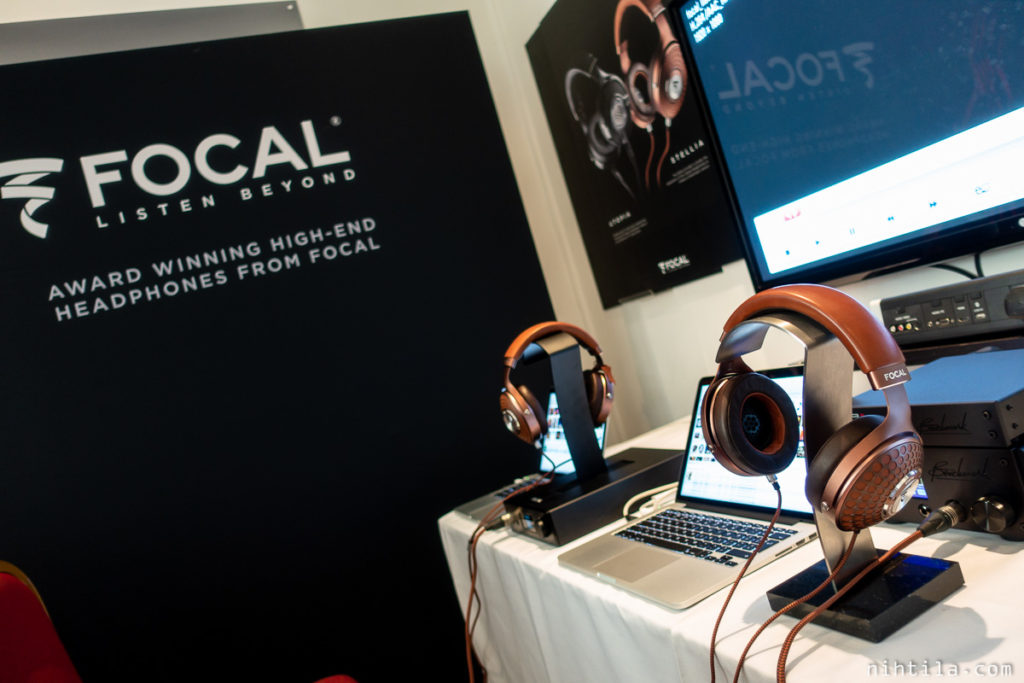 Audeze had a shared showcase with Astell & Kern where many of the headphones had these players as a source. Unfortunately the booth was a bit too noisy with JBL playing their retro speakers in the opposite booth – a common show issue. Last time two years ago Audeze LCD-2 really caught my attention. Still amazing headphones, but did not feel so full of superlatives anymore in the tough competition and after getting used to something a bit better. They also lose in comfort to many others – Audezes are especially heavy. But definitely worth checking, especially LCD-2C and LCD-2 (and why not LCD-3 and LCD-4 as well) if that very detailed ‘fast’ and open sound of magnetic planar headphones is to your liking – as it is to mine. 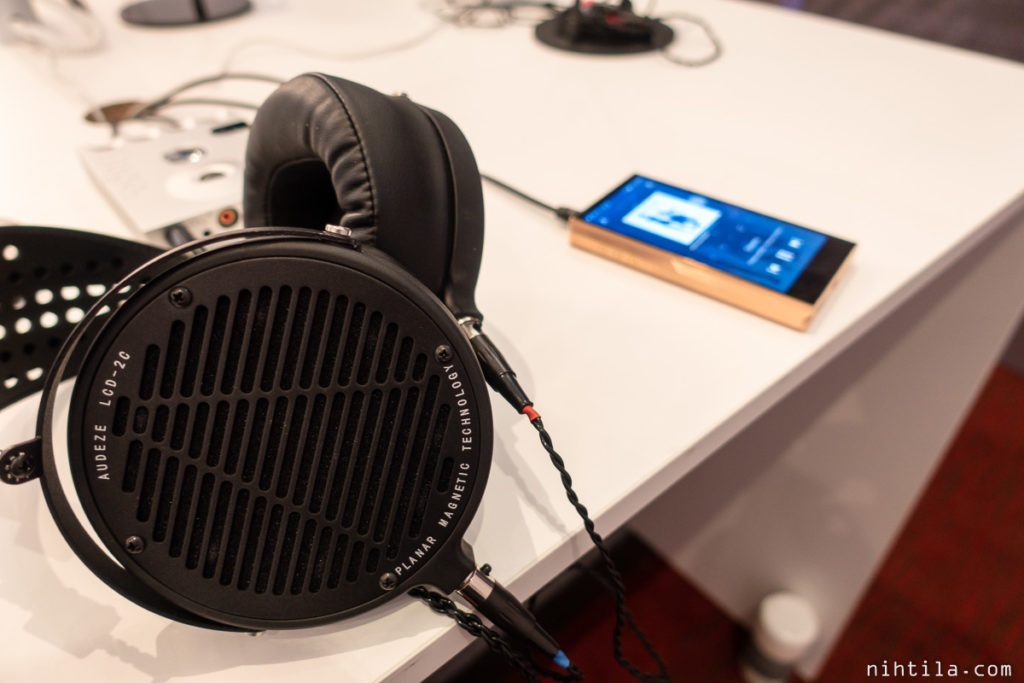 I still have not had a proper try out of Sennheiser HD800 or HD800S. They didn’t have HD800 now but HD800S was there. Unfortunately (again), hooked to a CD player with four CDs to play, so I could not really find songs I know. But oh my that massive open soundstage and the level of detail in HD800S! Those open-backs really sound OPEN. I need to try them somewhere with my own music, and especially compare with Focal Clear as they are in a similar price category (around $1500). There is still something in the higher range even in the S-model that makes me slightly wonder if it can cause listening fatigue. For sure it will not cause any other fatigue as these headphones are amazingly light. 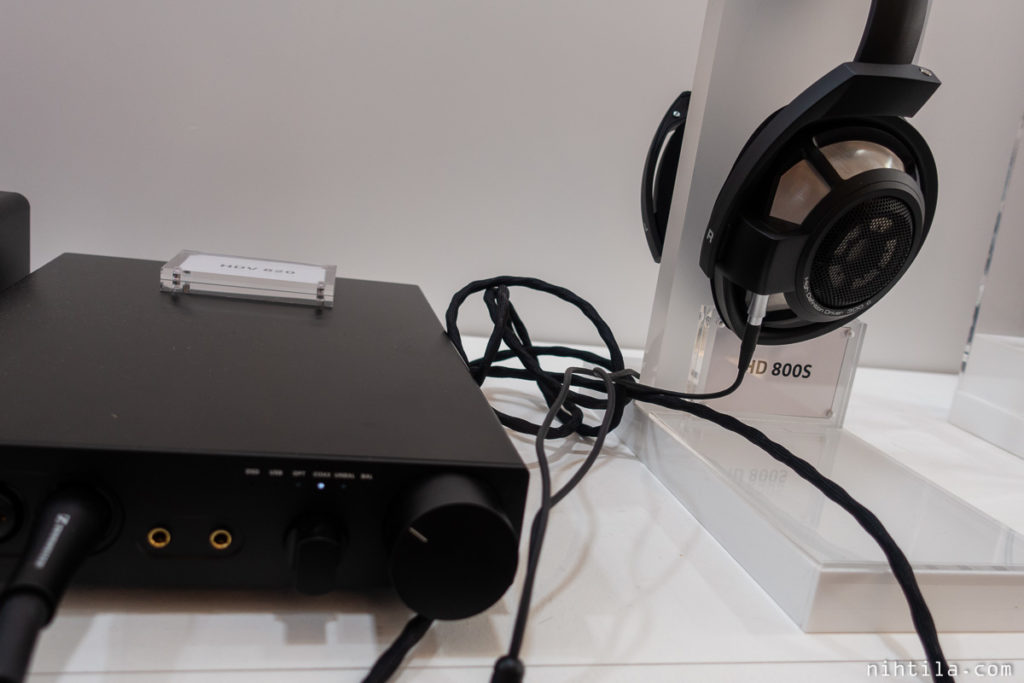 Sennheiser also showed their new model above the 800S which I did not even know about. It is HD820 and a bit surprisingly it is closed-back, and price is somewhere in the $2000 range. Yes, it sounds very open but for someone like myself who are really into the open soundstage of HD800S, I still miss that. But definitely worth checking if you need to have closed-backs. Interestingly it looks open as there is a plexiglass  in the earcup. 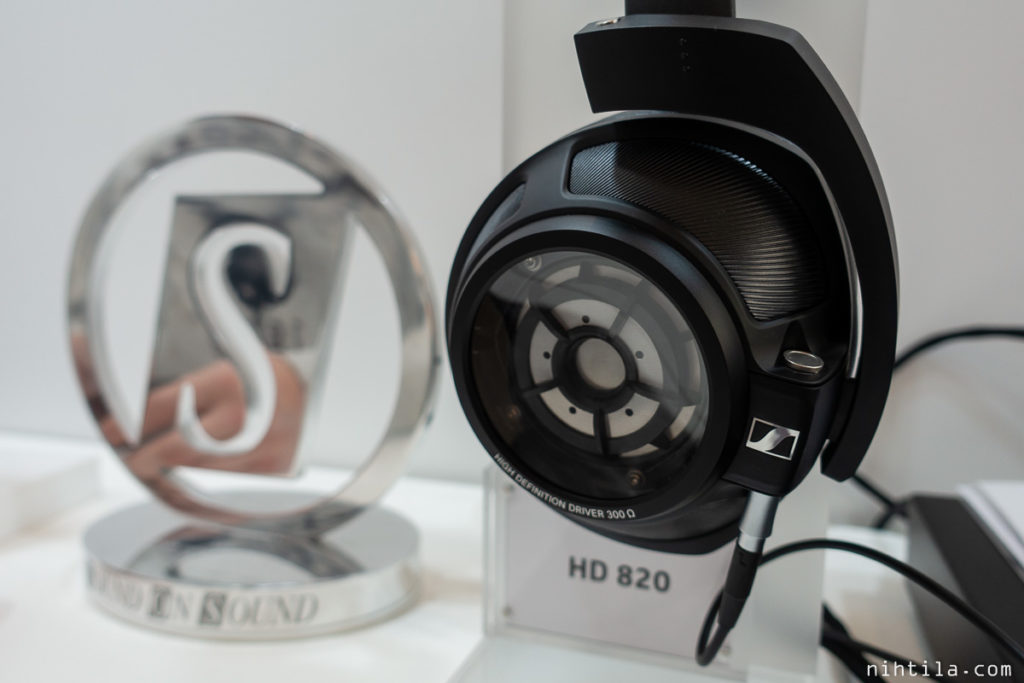 Audio-Technica were showcasing a range of Bluetooth and wired headphones. Something definitely worth mentioning was the ATH-ADX5000. These are also extremely light headphones and do not really feel like a pair of $2000 cans. But they sounded really good. However, competition in this (slightly ridiculous) range is getting tougher! 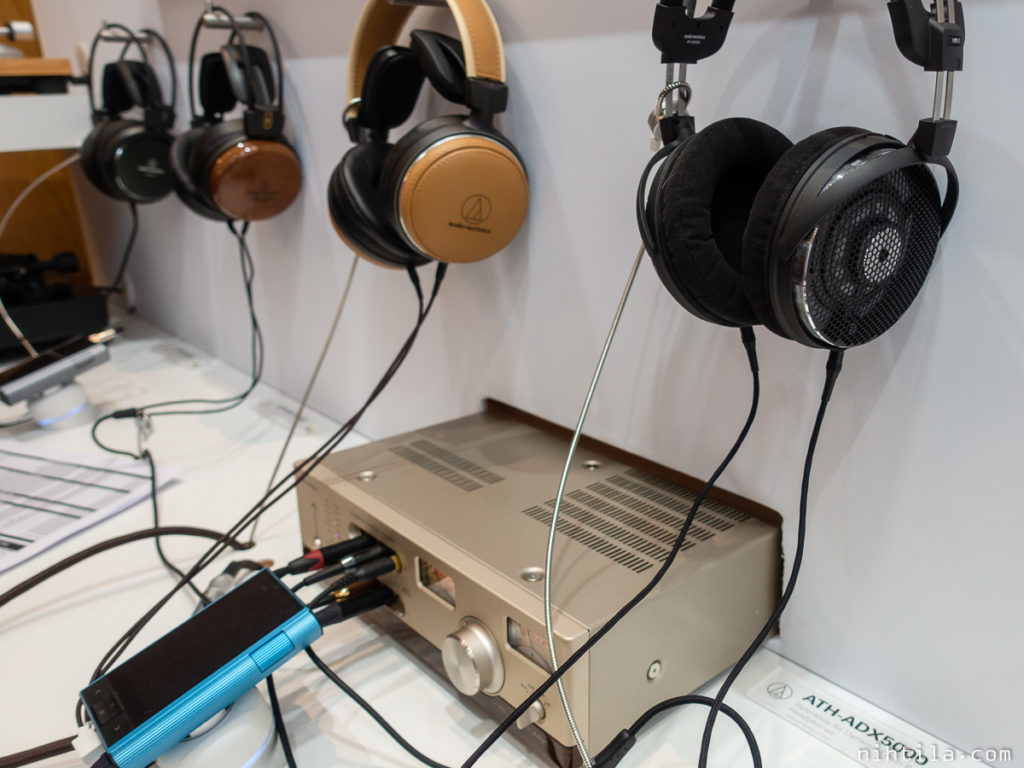 Meze were completely new to me. They had their slightly more affordable models compared to the ones mentioned here: 99 Classics ($300) and 99 Neo ($250). They did sound good and worth checking if shopping in that range. They are both closed-backs. However, as I was already spoiled with much expensive headphones, I moved on. And Meze have a contender in the ‘ridiculous range’ as well – open-back planar magnetic Empyrean for $3000. Again, very nice open soundstage and details but oh that price tag… I started getting some listening fatigue from the amount of choices already. Not that I’d be shopping in that price range at the moment. 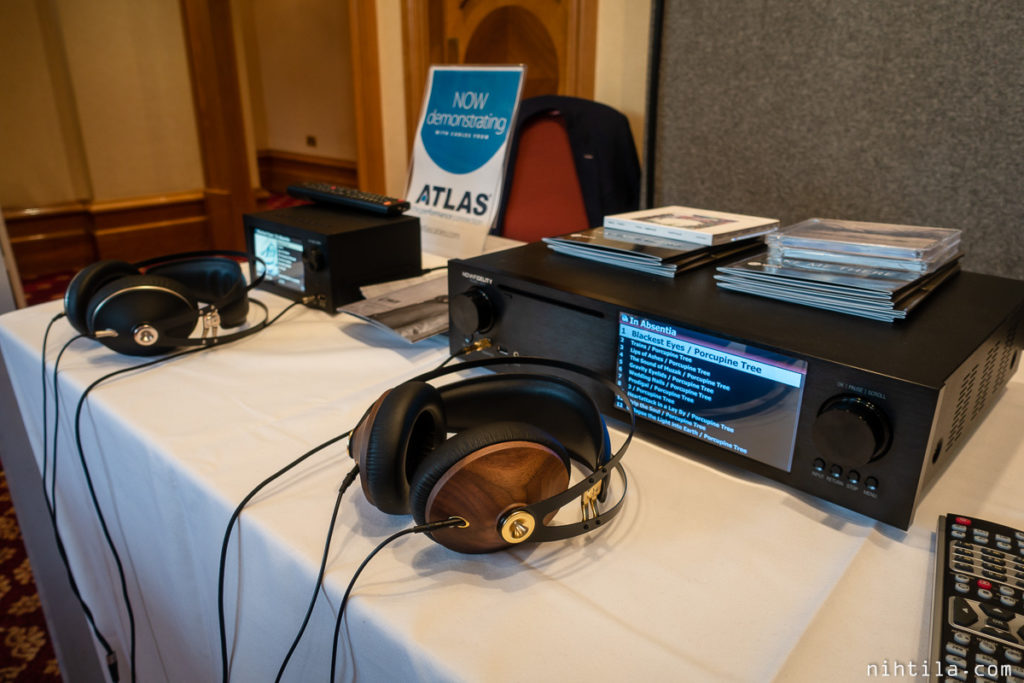 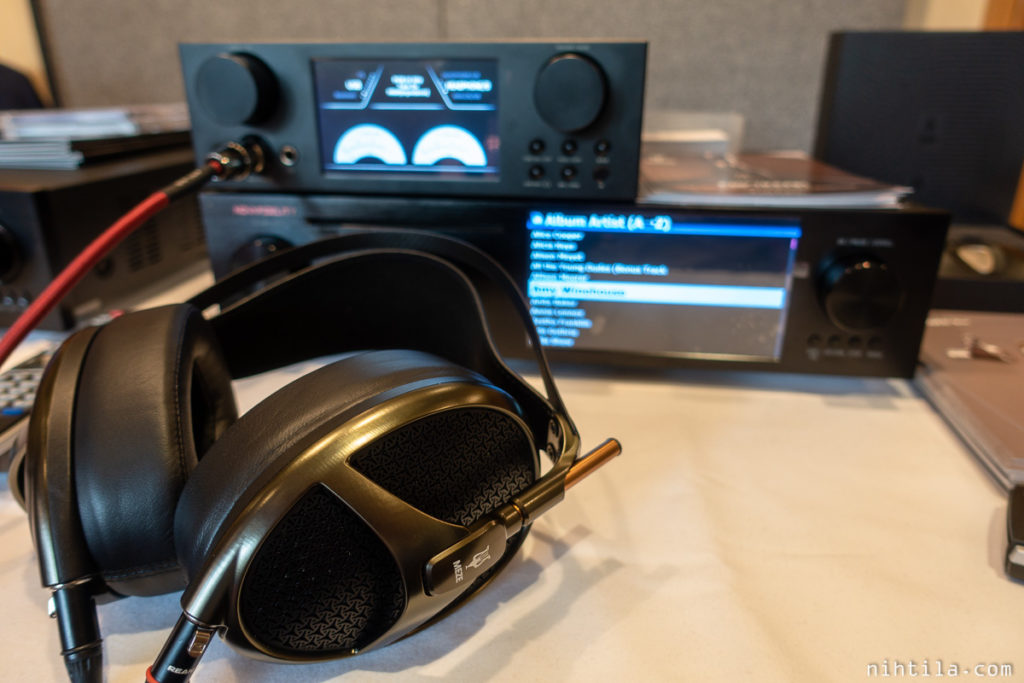 Sony were also there with some Bluetooth headphones but also their $2000 flagship Z1R model. However, for some bizarre reason their Hi-Res players were loaded with a whopping FOUR songs. And it was the same case two years ago when I was there. C’mon Sony.

Klipsch also had Bluetooth headphones and earbuds to show, along with their flagship HP-3. But here music was coming from a closed box and again was not very helpful. Sorry but if you want people to get interested in your products, offer a PC with Tidal or at least a player with extensive music library where anyone can find something they know. It also does not help if your own loudspeakers are playing with loud volume in the next booth. Noise is a problem in such show even without that.

I reckon there is one thing we headphones enthusiasts have been wondering recently – the prices of the flagship models! There was a time when $500 headphones were on top of the line, and there was only some ridiculous offerings from the likes of Stax above that. But then something happened. One must have been a growing popularity of high-end headphones. Then new players came with their very pricey top models, especially in the planar magnetic space, and after some years the older players have responded. The result is that we have even better headphones on offer but also that you can spend thousands on a pair of headphones! And you even have quite some choice if shopping with a budget of $2000, for example.

Well, for now I will continue using my Hifiman HE-560. It is already in the league that getting a significant upgrade from there will cost a lot of money. When the time comes, the price range will be in that of Focal Clear and Sennheiser HD800(S), up to $1500. That is a ridiculous amount of money for a pair of headphones. But then again, if you cannot use good speakers due to practical reasons, why not. At least you will get close to the top with that investment. But to get some perspective to the prices, I have AKG550 (mkII) at work and they are nice closed-back headphones – for a bit over $100. Beyond that things definitely get exponentially more expensive!

I bought my Sennheiser in the 90s for 150 €. A real top piece. More money is not needed to get a top headphone. Every other prize is ridiculous. Unfortunately Sennheiser is now also on the way to demand 1000 and more Euros for the same quality.