Following performance figures have been measured in Addon BalOut module:

Below are THD+N vs. amplitude and THD+N vs. frequency plots. With OPA1632 both channels show equally low -116 dBV (non-weighted) noise while with LME49724 there is some variation in one channel. Addon BalOut has placeholder for THAT1606 balanced buffer but as can be seen from the graphs this is a serious performance bottleneck. 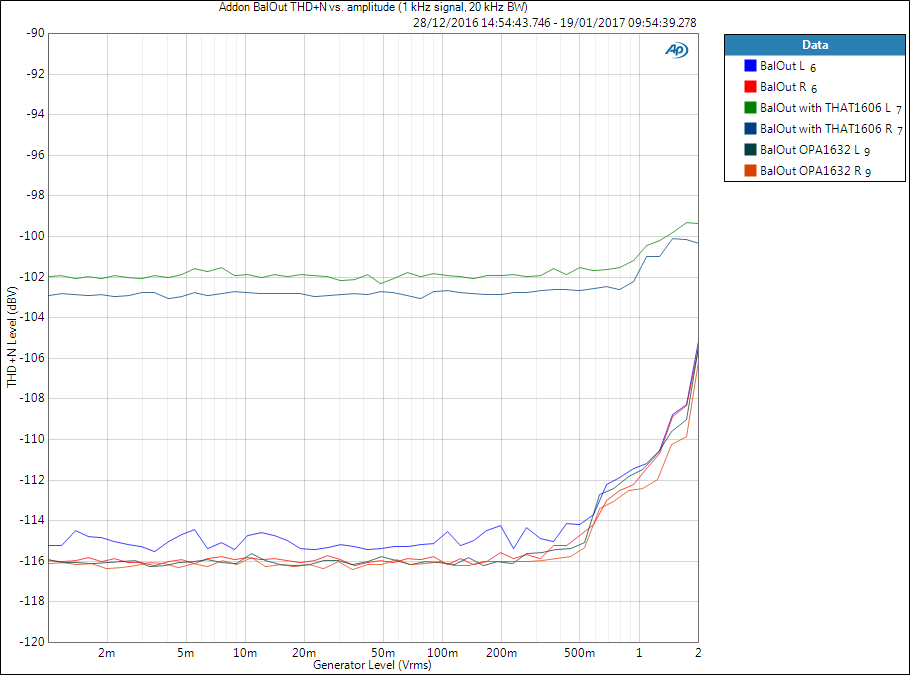 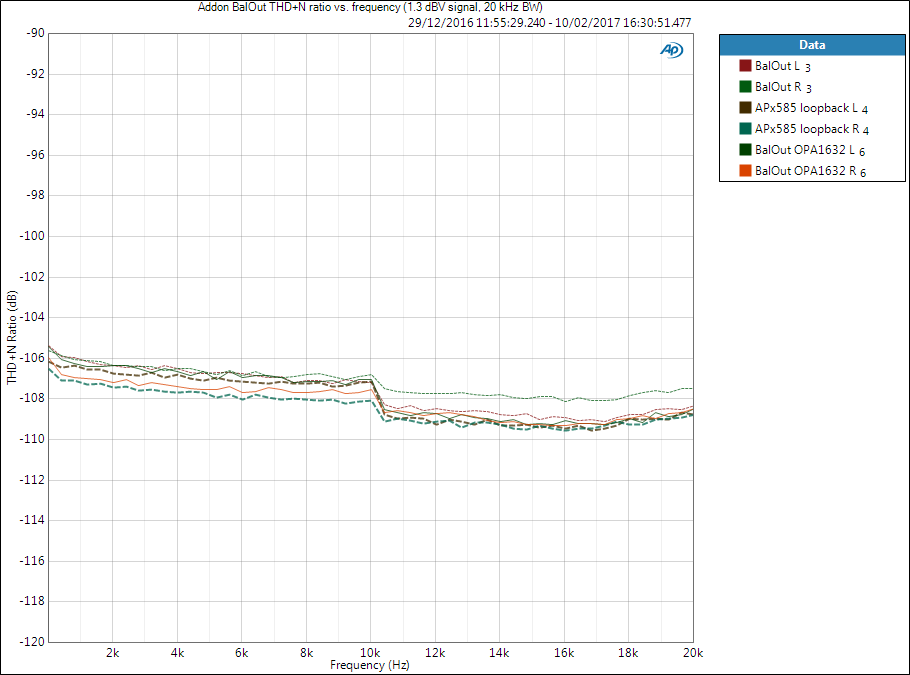 Note that stated -109 dB THD+N ratio cannot be seen directly from these figures as I had incorrect signal levels when performing the sweeps. Those single figure values are checked separately.

OPA1632 measures slightly better in isolated tests but it does not give measurable difference on H-DAC as LME49724 is already good enough, the DAC chip probably being the weakest link. Moreover, OPA1632 costs significantly more; at the time of writing, prices (no VAT) for single quantities at Mouser are £2.66 for LME49724 and £4.20 for OPA1632.

To really distinguish the performance, some indirect distortion measurement should be done. In LME49724 datasheet distortion is measured by deliberately increasing the circuit distortion by a (theoretically) known factor. Anyway, it does not really matter here as the weakest link of the signal chain lies somewhere else.