Modular HP Amp 2017 is based on HP MoBo encased in a snuggly fitting aluminium case along with custom-made front and rear panels to give tidy finish. Different amplifier daughterboards can be used on HP MoBo to experiment with various amplifier circuits without re-designing everything. 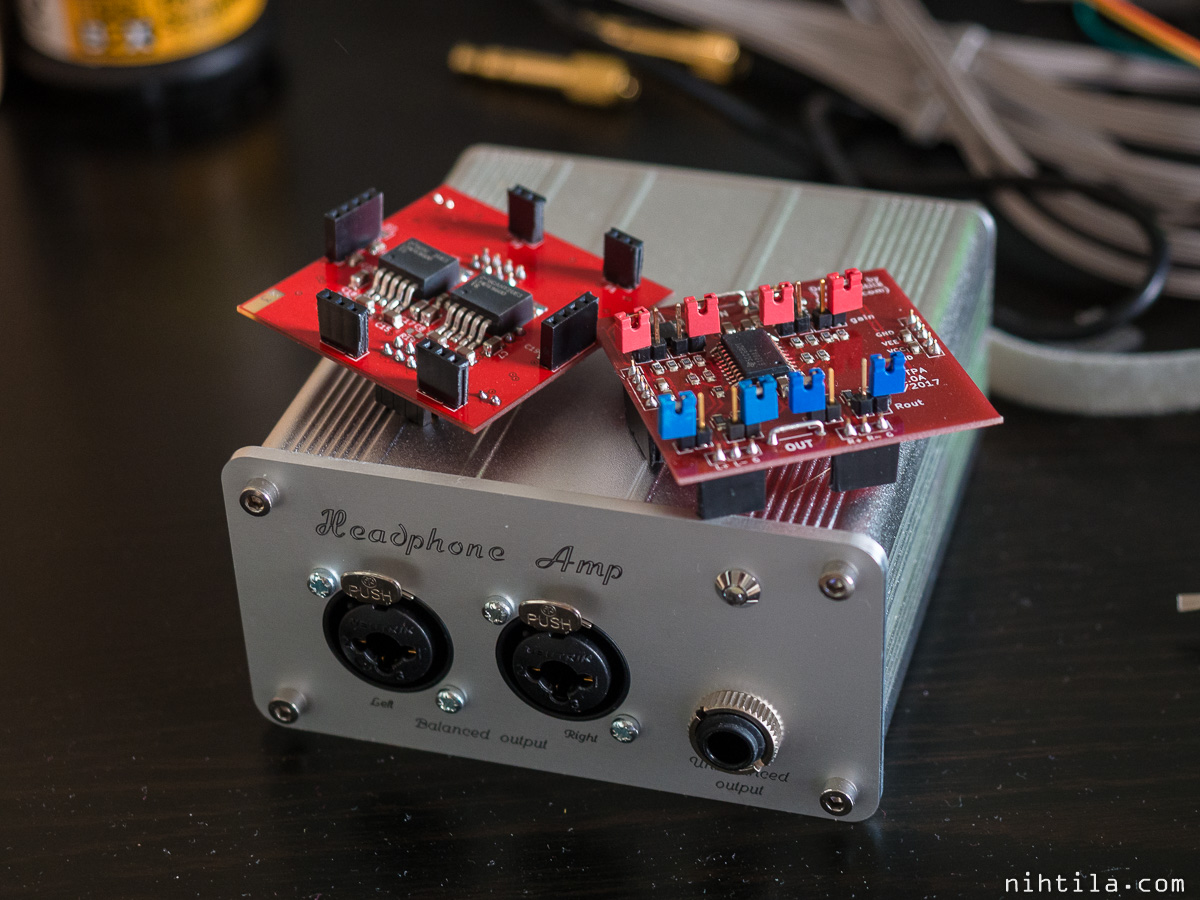 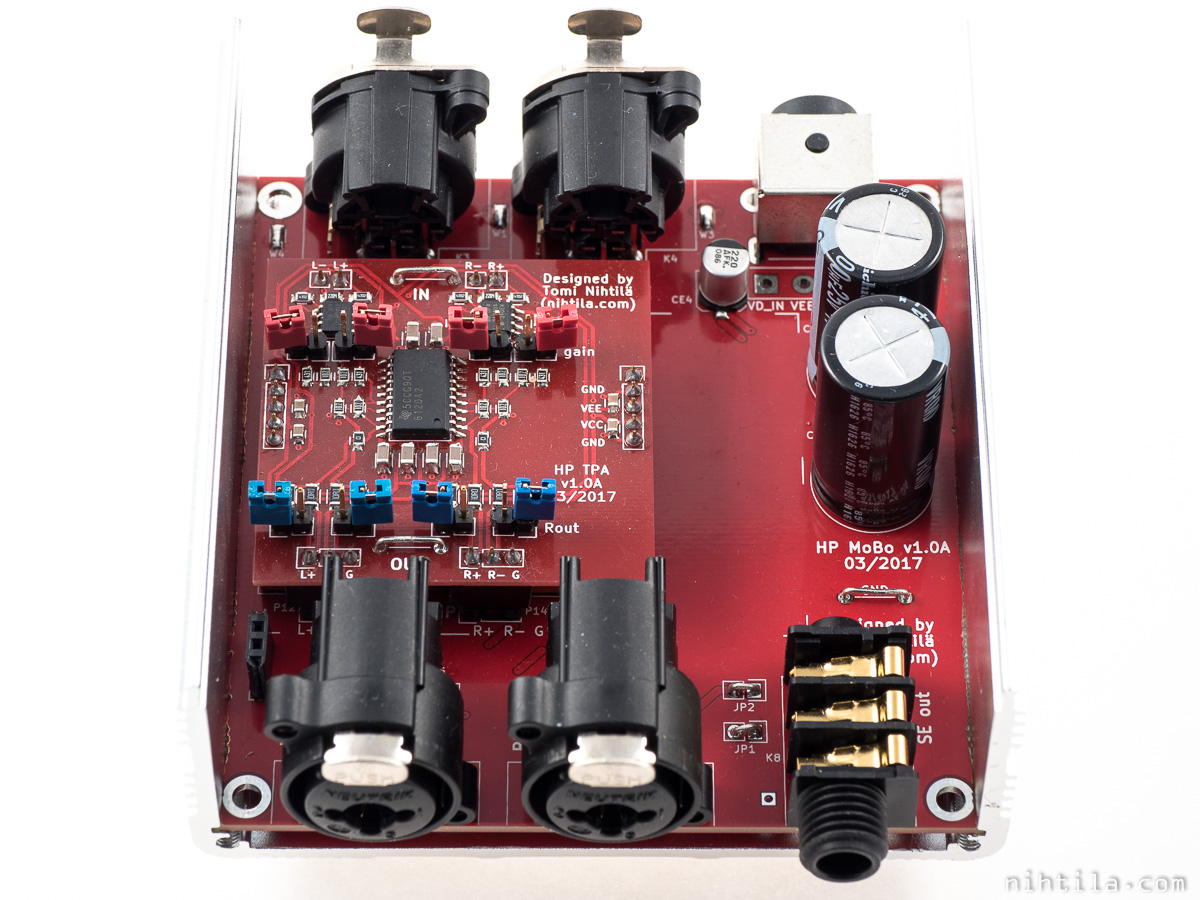 The aluminium enclosure is from eBay and panels are custom-made from Schaeffer AG. PCBs are from Elecrow. 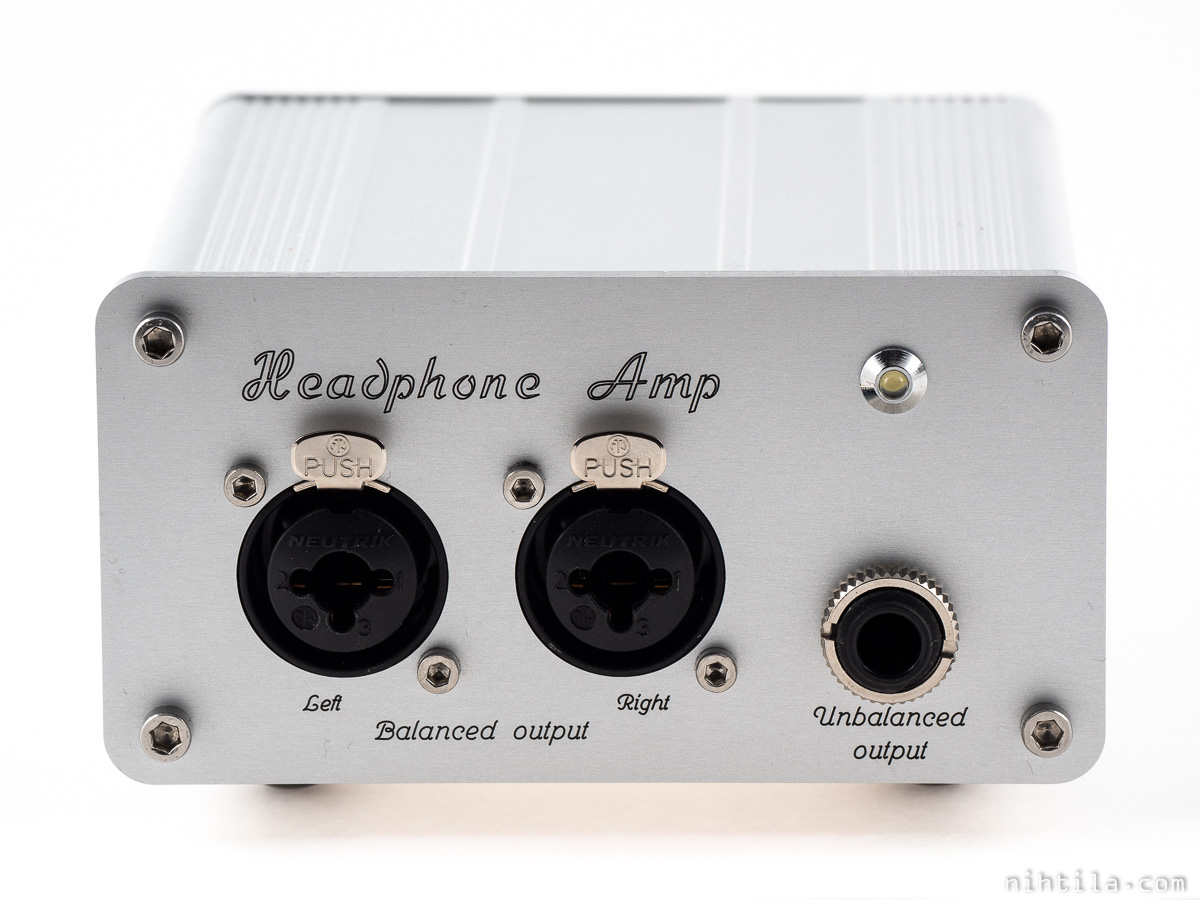 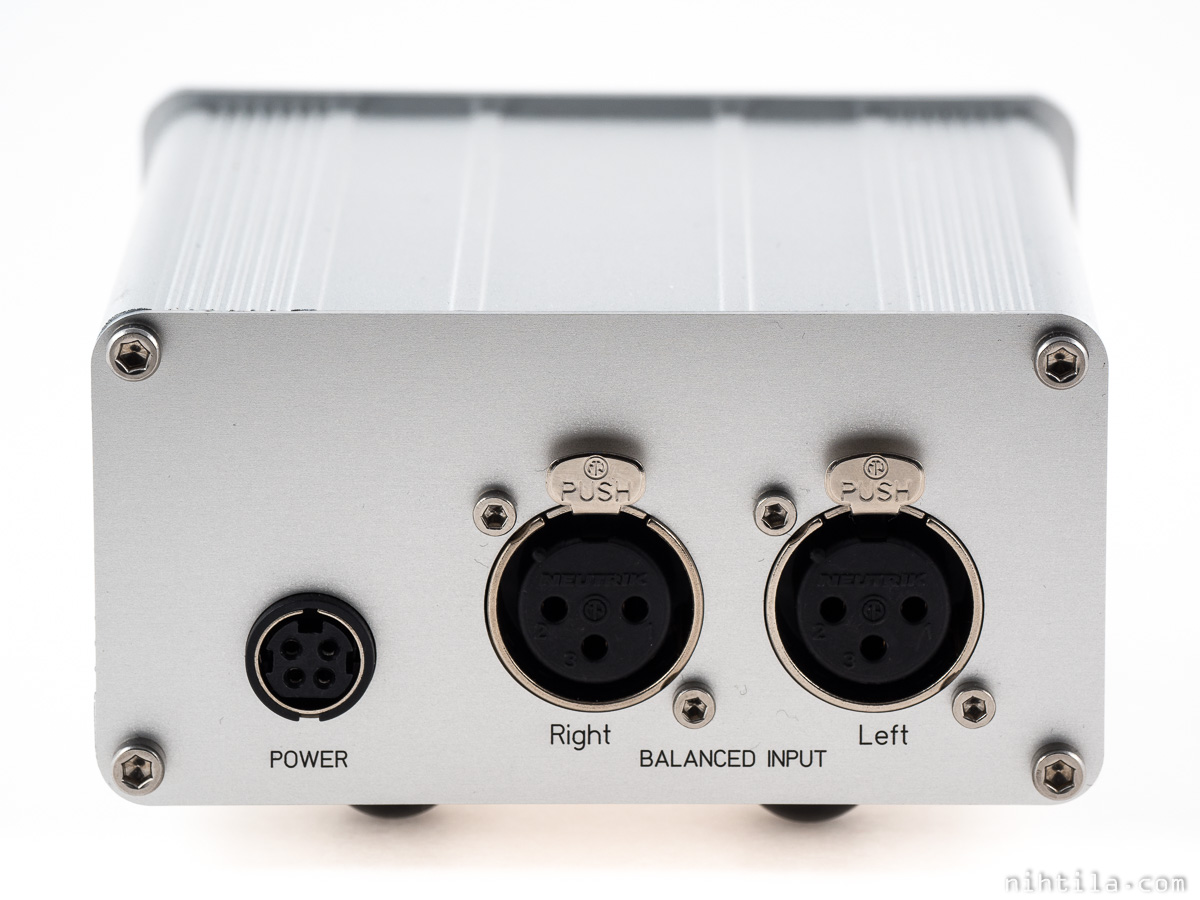 This amplifier has been part of my desktop headphone setup for six months or so (hence 2017 and not 2018). The system consists of four components to allow upgrading single components in the system or experiment with different devices. 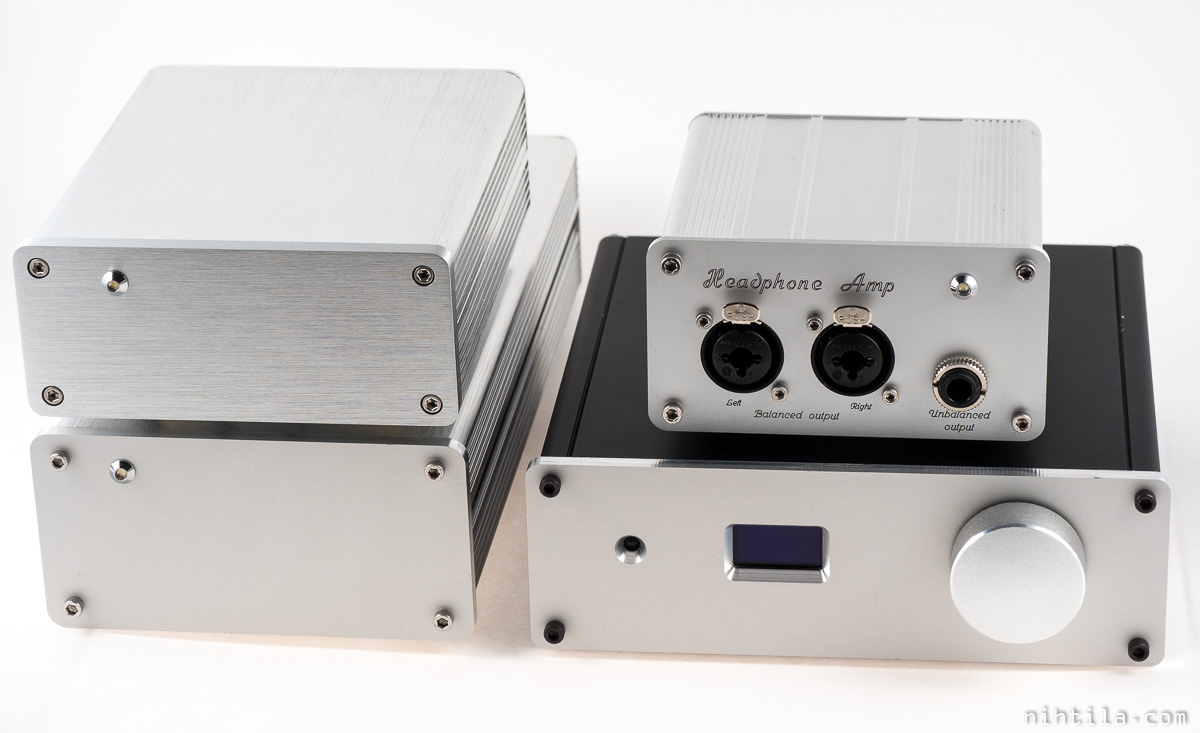 HP Modular Amp 2017 as well as other components are powered by DIY PSU with custom cabling providing analog and digital supplies. 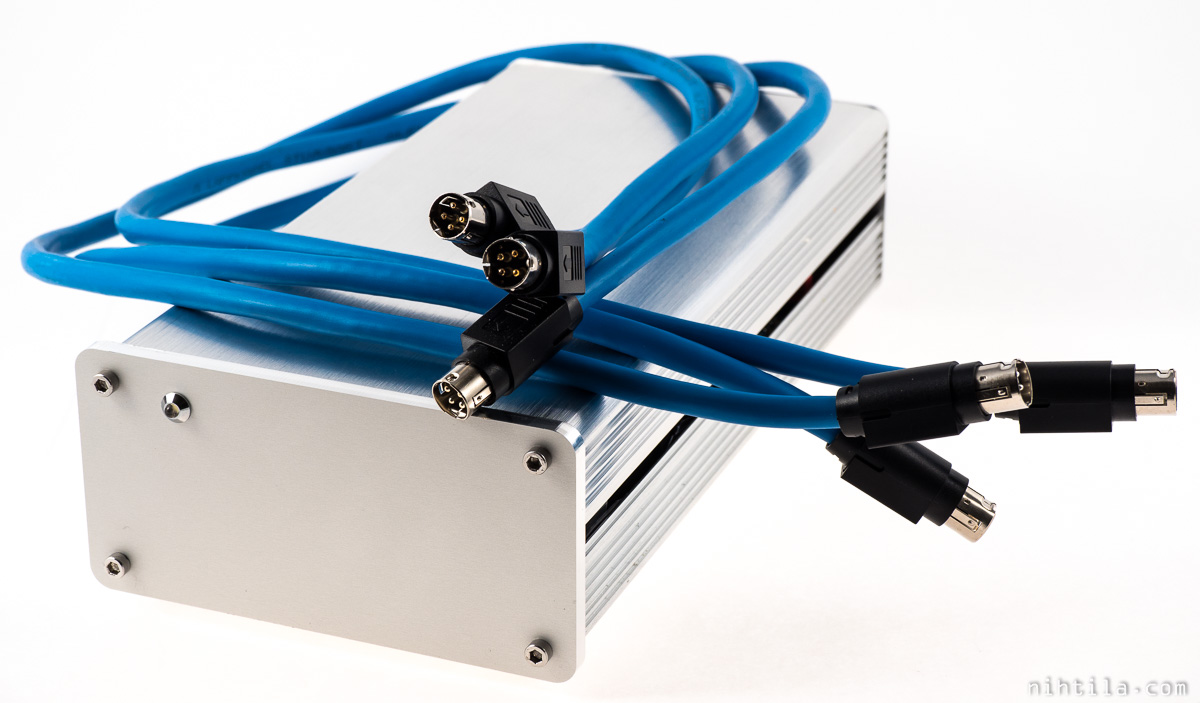 Currently my main headphones are Hifiman HE-560 with DIY 2.5mm – XLR balanced cables. 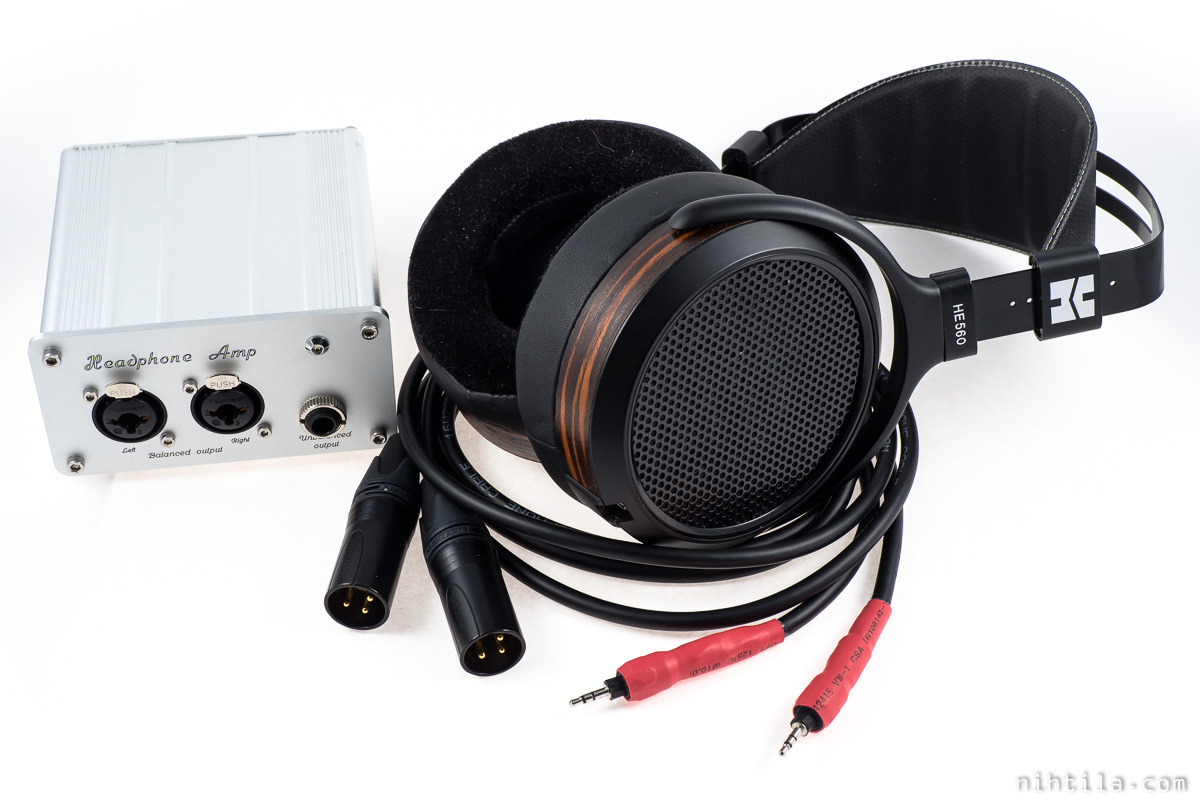 Hifiman HE-560 with balanced DIY cables

Balanced headphone amplifiers are not very common and existing ones usually have 4-pin XLR connector. However, few have dual 3-pin XLRs and I wanted to have those as well to maximise separation between channels. Note that XLR gender in headphones is opposite to common convention.